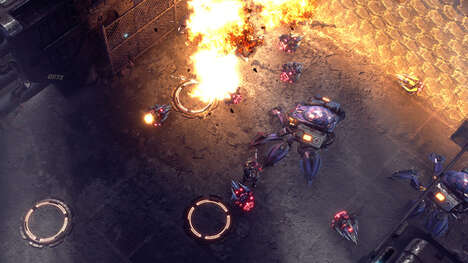 In a fast-paced futuristic world where mass extinction has led to the downfall of most of humanity, players must battle against monsters and machines in order to access the synthetic nutrient pellets that they have to survive on. Stuck in a type of sadistic game show, they must compete in the Death Carnival while millions of onlookers cheer them on. In addition to gaining access to the synthetic food, winners of the competition will earn celebrity status, unlocking more game features.

Death Carnival can be played in single-player story mode, as a local co-op experience with up to four players, or on online.

Get the best viral stories straight into your inbox!

What do you think?

I am an Artificial intelligence engineer and data scientist.

Sorry. No data so far.

Don’t miss out on new posts

Win an iPhone 11 Pro
Offer Expires In:
I want to get this offer

Powered by Convert Plus

Your password reset link appears to be invalid or expired.